Krama is a Sanskrit word that means “step”. In the teaching tradition of T. Krishnamacharya, a practice is a sequence of steps which have been arranged in a certain order to produce certain effects, with the added benefit of preparing and compensating one another, thereby keeping the practitioner safe. A well-known example of such a sequence is sûrya-namaskar, the sun salutation, originally a complex Indian ritual involving not only postures but also breath and chanting accompanied by gestures.

It is interesting to note that nowhere in the classical texts of yoga do we find explicit information about sequencing. So where does the need for sequencing come from? Who championed the idea of sequencing and the famous series of postures known around the world today?

It was none other than a five-foot Brahman from South India, T. Krishnamacharya, who has become widely acknowledged as the grand-father of modern yoga*. In the 1940s, around the time Krishnamacharya came back from the Himalayas where he had spent seven years studying with his master, yoga as a healing system had declined and been replaced by the western approach to medicine which came along with the British Raj.

Krishnamacharya began the work of teaching and promoting yoga by giving free lectures and presentations to demonstrate the power of yoga as a holistic method to maintain health and encourage healing.

It is highly likely that sequences of postures were taught prior to Krishnamacharya’s time in various forms. Krishnamacharya structured them and put them together with indications about how to combine the breath with postures in a way that made them both safe and efficient.

The practices which are now commonly known around the world as “vinyâsa flow” derive largely from the way Krishnamacharya was teaching in his yoga school in the 1940s, to provide children and young adults who had no responsibilities and no physical limitations with a strong foundation in this discipline.

Many students and teachers are familiar with the word “vinyâsa”. It is interesting to note that in ancient times this term was used in a military context to refer to the placement of troops on the battlefield: vinyâsa means “special (vi) arrangement (nyâsa)”.

Therefore the general meaning of vinyâsa-krama is “a special arrangement of steps”. This is one of the most crucial aspects of Krishnamacharya’s teaching method.

Let us go back to sûrya-namaskar, the example we mentioned before: Krishnamacharya taught this classical sequence as the basis for taking ALL yoga postures – standing, seated, supine, prone, and inverted – provided that the student was capable of doing it in this manner.

Starting in samasthiti (which is the reference posture in a standing position) one goes through the complete sequence of postures with attention to the breathing phases until one arrives in the goal posture, stays in it for some time, counting the number of breaths and perhaps even measuring the duration of each breathing phase (inhalation, hold, exhalation, and hold again). The student then comes out of this main âsana by usually doing the same sequence of postures in the reverse order.

For example (as we can see in the diagrams below), to do sarvângâsana (shoulderstand) one begins in samasthiti, follows all the steps up to sarvângâsana, remains it in for some time and then comes back to the starting position (samasthiti) by doing the same postures and breathing phases in the other direction. This is how children and young adults were taught to do it classically, but we must remember that Krishnamacharya always allowed room for modifications to make it safer for those who could not do it.

According to Krishnamacharya’s method each posture is taught in combination with specific breathing indications into it and out of it, either inhalation or exhalation, or even sometimes whilst holding the breath after exhalation, such as when jumping is involved between some of these postures (as shown in the above diagrams). This implies that the student is not only competent in holding the posture itself, but also in the manner of taking it and coming out of it, mindfully. The way to breathe into it and out of it depends on the previous position (amongst other things).

So each step becomes an important verification before moving on to the next one. We can link this idea with the word “atha** ” (as in “atha yoga anushâsanam”, the very first sûtra in Patanjali’s Yoga-sûtra), an auspicious word that marks a beginning. It also means “now”. How am I now, physically and mentally? How do I feel? Am I ready to do the next posture or take the next breath? If the body is shaking or shows any other signs of instability (angamejayatva, Yoga-sûtra I.31), I am not ready. If the breath is short or irregular (shvâsa-prashvâsa, I.31), I am not ready. If the body is stable (sthira-sukha II.46), if the breath is long and smooth (dîrgha-sûkshma II.50), then I can proceed to the next step (krama), the next posture, the next breath.

To practice âsana in this way, physical and mental strength are both necessary. We must remain a constant witness of our connection with the practice. This self-enquiry is a cornerstone of our practice (svâdhyâya II.1), it helps to give the word “âsana” its true meaning in the Sanskrit language, which is “an attitude of the entire being” and elevates the yoga posture above and beyond simple gymnastics… The mind is clear, focused, and the sensory faculties are channeled. In short, âsana practice becomes a samyama (Yoga-sûtra chapter III), or, as it is sometimes said, a “meditation in action”. Yet we must keep in mind that this does not constitute a goal in itself but is merely another step towards liberation from suffering, which is the ultimate goal of yoga. The effort is unending, the work ongoing.

So we can say that certain elements are of vital importance in sequencing a yoga practice: as far as the physical posture is concerned, each step (krama) is a reminder to cultivate a dual quality, sthira-sukha (II.46: “the posture is firm and comfortable”). These two aspects – sthira (firmness) and sukha (ease or comfort) – reinforce each other and should be equally present.

If we are to apply these principles in yoga practice, we must be prepared to see ourselves as we are, but also to recognize the need to modify the practice in case we are not ready for the next step.

* BKS Iyengar, Pattabhi Jois, Indra Devi were among his direct students at some stage.

** The Sanskrit words are quoted from Patañjali’s Yoga-sûtra, composed circa 200 BCE. The chapter number (I to IV) is followed by the sûtra number, e.g I.31 is chapter I, sûtra 31 . 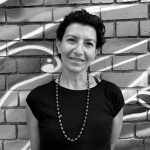